In Memory of
Eugene Delman
Eibe Jr.
1947 - 2020
Click above to light a memorial candle.
Memorial Candle Tribute From
Townley & Wheeler Funeral Home
"We are honored to provide this Book of Memories to the family."
View full message >>>
Send Flowers
Menu 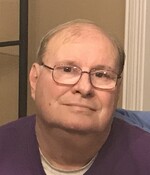 Gene grew up in a naval family and lived in many states. During his college career at LSU, Gene was drafted to the United States Army, serving in Vietnam until his honorable discharge in 1969. Upon returning to the states, Gene reenlisted in the Reserves as a weapons instructor. Gene met and married his wife, Mary, on August 4, 1973 and they eventually settled in Ballston Lake to raise their daughter.

Throughout his life Gene spent time working for his aunt and uncle on their carnival, Jimmy Chanos Shows. Gene was an avid car enthusiast and had a soft spot for Corvettes. A favorite story to tell was how he was able to purchase his first Corvette at the age of 14 by saving his money and from there it was a lifelong passion. His business, Gene’s Corvette Shop, kept him busy until retirement. Another passion of Gene’s was scuba diving. He was a longtime member of the nonprofit scuba organization, Beneath the Sea, and enjoyed going to the yearly convention. Burlington, VT was a favorite place to dive and spend time with close friends. Being “Pop Pop” to his granddaughters was one of his greatest joys.

A Memorial Service and Interment will be in Gerald B.H. Solomon Saratoga National Cemetery at a later date when we can all gather safely.